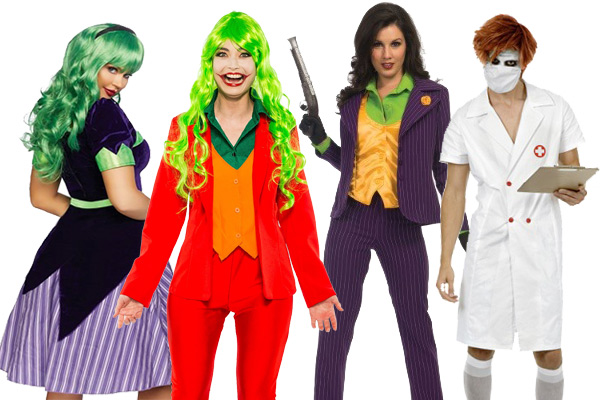 These days Joker costumes are not only for the men. Gotham City’s most frighteningly insane villain, the Joker, appeals to plenty of fans of all genders. Women fans of the Joker who like this twisted bad boy can also dress up as the notorious Gotham City villain in their own unique feminine style and attire. We found a variety of Joker women costumes and listed them below. There is also even a female Joker version of Arthur Fleck’s Joker from last year’s hit movie. Even male Batman fans now admit to enjoying cross-dressing in the Joker’s nurse costume seen in the memorable hospital scene in the movie The Dark Knight.  Rather than getting a more mainstream impressive Halloween outfit like the Grand Heritage Joker costume, they rather toss on a red auburn wig, a white nurse uniform dress, and wear white clown makeup on Halloween night.  Doesn’t it sound really twisted?  Of course!  That’s what Halloween is meant for!

Check out these other female villain and super hero Halloween costumes on sale.